Flaming Jade, the contemporary art piece I’ve been working on is just about finished I believe.   I may tweak it a bit more as I move on to others, but it is definitely getting the feel I have been looking for.  I think that there is just no rushing a piece, you have to just keep evolving with the painting.  There is a process to painting as you delve into the work you see more and more.  It is always amazing to me how much my mind controls what I see and how controlling my mind, i.e. telling it what to focus on achieves different levels of seeing. For example when I start out my focus is on-line overall shapes and design or composition, so that is where the focus is.  I can’t really see all the things that will eventually be important as I develop the piece. I can’t necessarily see the nuance of line while I am doing the broad overall shapes, or the subtle shading that will eventually form the eye, or that nuanced tone creating those high cheek bones nor the point of light that will form the shoulder.  Each layer of work reveals new things and this is the difference between the artist and the photographer.   Nothing against photographers but an artist  delves, an explorer of the nuanced and brilliant together.  The inner world of the artist’s mind in combination with the outer world.  You see not only the subject but the feelings the artist has about the scene the back and forth to find that nano-nuance that tells the story.

In addition, this is the first set of works employing the costume. With this piece I hand stitched ruffles, a lot of ruffles, not in an attempt at high couture but to tell the story in movement, color and reminiscence of the ruffles of the Flamenco.  The pose tells the story of the pride and strengths of women, fiery, fierce and in control.   This is just the beginning of costume as an aid to story telling  about which I’m really jazzed, because it adds so much dimension of the final work.  See the short film taken of the final piece below.

You will notice that there is variance between what you can get with photos vs video again dslr vs tablet lens but I thought it was worth showing two different versions so that you could realize how different the visuals are.  I will be upgrading the photos shortly with my professional camera white balanced for tungsten light with the color space for printing which other than seeing work in person will be the best representation since I calibrate by eye the print compared to the original.

This site uses Akismet to reduce spam. Learn how your comment data is processed. 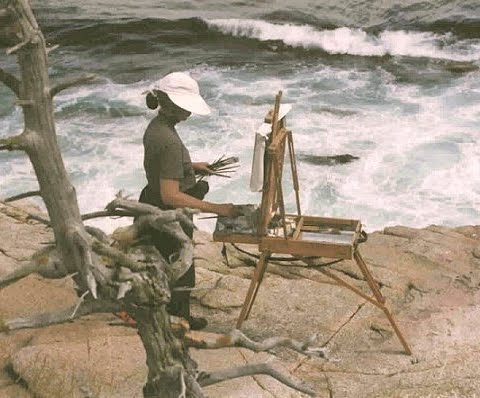